Bi-State Regional Commission is a local, voluntary organization covering five counties and 43 municipalities. The agency serves as a forum for intergovernmental cooperation and delivery of regional programs to assist local governments in planning and project development. Bi-State Metropolitan Planning Commission was created in 1966 through a merger between Scott County Metropolitan Planning Commission, Iowa and the Rock Island County … Learn More

As northwest Illinois’ regional planning commission, Blackhawk Hills Regional Council provides resources for communities, counties, and other organizations on issues including community and economic development, land use, and natural resource conservation. The agency's mission is to assist the people and local agencies of northwest Illinois in developing and implementing a regional outlook that will enhance economic growth, workforce development, natural … Learn More

Since its creation in 1966, the Champaign County Regional Planning Commission has served as an intergovernmental membership organization that provides and administers a variety of planning, community and economic development, early childhood education, and community services for Champaign and surrounding counties. As a multi-purpose agency, the commission delivers 100 programs and services with an annual operating budget of about $23 million … Learn More 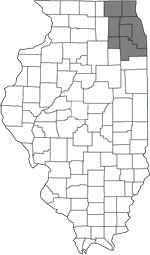 Created in 2005, CMAP is the official regional planning organization for the northeastern Illinois counties of Cook, DuPage, Kane, Kendall, Lake, McHenry, and Will.  CMAP developed and guides implementation of the GO TO 2040 comprehensive regional plan. To address anticipated population growth of more than 2 million new residents, GO TO 2040 establishes coordinated strategies that help the region's 284 … Learn More 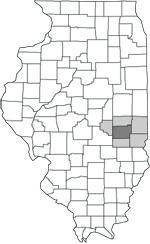 Greater Wabash Regional Planning Commission (GWRPC) was officially established in 1964 by the Edwards, Wabash and White County boards. Wayne County was annexed into the Commission in 1971, Lawrence County was added in October 1998, Richland County in December 1998, and Crawford County in 2001.  As the assigned planning body of these  counties, the GWRPC is responsible for preparing and maintaining … Learn More

The North Central Illinois Council of Governments (NCICG) is a non-profit government entity that provides planning and technical assistance to counties and communities within a six-county area in North Central Illinois. NCICG's coverage area has expanded from the original four counties of Bureau, Marshall, Putnam, and Stark to include services for communities in LaSalle, Grundy, Lee, Kendall, and DeKalb Counties … Learn More

The South Central Illinois Regional Planning & Development Commission (SCIRPDC) was established under the Illinois Planning Act by the joint resolution of the Effingham, Fayette and Marion county boards. Later the neighboring counties of Clay and Jasper joined the Commission's regional family. The regional organization functions at the pleasure of the local governments within its rural five-county service jurisdiction and … Learn More

The mission of the Southeastern Illinois Regional Planning and Development Commission is to provide professional quality service to the local governments and residents of our five-county region (Gallatin, Hamilton, Hardin, Pope and Saline counties) and to promote and foster growth, economic diversification and prosperity within the region by securing and administering grants for public works, housing rehabilitation, economic development … Learn More 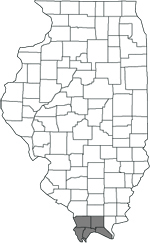 Southwestern Illinois Metropolitan and Regional Planning Commission (SIMAPC) was founded in 1963 and is located in Collinsville, Illinois. This organization operates in the urban planning and consulting industry within the engineering, accounting, research and management services sector. Working cooperatively with counties, municipalities and other regional organizations comprising the district, SIMAPC assists in improving and enhancing the economic conditions in its … Learn More The Springfield-Sangamon County Regional Planning Commission (SSCRPC) serves as the joint planning body for the City of Springfield and Sangamon County. Along with this on-going responsibility, the Planning Commission staff works with many other public and semi-public agencies throughout the area to promote orderly growth and redevelopment, conducting numerous research studies and planning projects each year. The Commission … Learn More

The Tri-County Regional Planning Commission (TCRPC) was established in 1958 to promote intergovernmental cooperation, regional planning, and a vision for the future. The Commission exists to serve the residents of Peoria, Tazewell and Woodford Counties by offering a forum for leaders of local government, and to develop a vision for the future by defining regional issues, setting goals, and cooperatively … Learn More

In 1989, TRRC became designated as the economic development district under the provisions of … Learn More

The Western Illinois Regional Council is an organization that provides technical assistance to local governments and elected officials facing complex community and economic development issues. Over the last 35 years, the WIRC has obtained millions of dollars in community development funds for projects including water and sewer system improvements, housing rehabilitation and economic development improvements. The Agency is the parent … Learn More